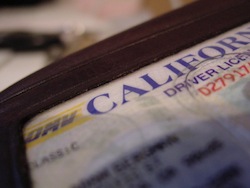 Aggravated Unlicensed Operation (AUO) is a section of the New York State Vehicle & Traffic Law under which a motorist is charged for operating a motor vehicle knowing that his license or privilege to drive has been suspended or revoked. AUO in the third degree is a misdemeanor, and is the lowest possible charge under this section, with potential penalties of a fine not less than $200.00 or more than $500.00, and a term of imprisonment of not more than 30 days, or both. There is a defense to an AUO in the third degree if it can be shown that the driver did in fact have a license on the date of the infraction, but for example, did not have their license in their possession, or if an expired license is promptly renewed, with proof of the renewal presented to the Court and District Attorney. If such proof is provided to the Court, the AUO in the third degree, which is a misdemeanor, will be reduced to a traffic infraction, which is not a criminal offense.

AUO in the second degree, which is a misdemeanor punishable by a fine of not less than $500.00, and either a prison term not to exceed 180 days or a term of probation, is committed when:

There is a possible defense to AUO in the first degree if the person operating the motor vehicle has a license issued by a foreign country, state, or territory, which license is valid in New York State.

If you or a loved one is charged with Aggravated Unlicensed Operation or another serious crime, contact the Westchester County Criminal Defense lawyers at the Law Office Of Mark A. Siesel through this online form or at (914) 428-7386. When you are charged with a serious crime, you need immediate, experienced, and diligent legal representation as you are facing potential jail time, significant loss of driving privileges, fines, and the combined effect on your personal life and employment—we are here to help.