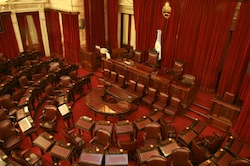 In 2010, the era of much stricter DWI enforcement began in New York with the establishment of Leandra’s Law. Specifically, In November of 2009, the New York State Legislature passed, and Governor David Paterson signed, “Leandra’s Law”, named after Leandra Rosado, an 11 year old girl who was tragically killed in a drunk driving accident in October of 2009 while on her way to a birthday party. Leandra’s Law makes it a felony for any operator of a motor vehicle to be driving while intoxicated with a child under the age of 16 in the vehicle. If convicted under Leandra’s Law, in addition to potential jail time for the felony DWI charges, the operator will be required to install an ignition interlock device (IID) in his or her vehicle for at least six months, (although in most cases the IID must remain in the vehicle for one year) by which the vehicle will only start after a the device detects that the operator has alcohol free breath. The IID program is supervised by the Department of Probation where the offense occurred, and the operator is responsible for the cost of installation of the IID as well as the monthly maintenance fee. If the person can demonstrate through the completion of an extensive financial disclosure form that they are unable to pay for the IID installation or monthly maintenance fees, the County will pay the fees.

If the person sentenced to install an IID operates a vehicle without the device, this can be the basis for additional criminal charges. Additionally, if the motorist attempts to tamper with the device, or has someone else blow into the IID for him or her, this will lead to likely criminal charges against both the person originally sentenced and the person who attempted to tamper with the device or blow for the motorist. As of June 2012, although the legislative session in Albany is coming to an end, there is a bill pending which would enhance penalties for attempting to avoid the IID requirement, which many drivers are doing by claiming they have no vehicle and then leasing vehicles without the device.

In Westchester County, the Board of Legislators enacted the Forfeiture Law, which is presently utilized in some form in twenty states in the United States. Under the Forfeiture Law, which took effect on December 15, 2010, motorists convicted of any drunk driving offense on Westchester County roadways including the Bronx River Parkway, Cross County Parkway, Hutchinson River Parkway, and Saw Mill Parkway, will have their vehicles confiscated. In New York City, there are significant fees which must be paid in the range of $2,500 before vehicles will be returned.

The Forfeiture law will also apply to motorists charged with “speed contests” or drag racing under the New York State Vehicle & Traffic Law. The forfeiture law will have a "hardship relief" provision, in which the defendant can avoid the forfeiture penalty if he or she can prove that confiscation would create substantial burdens on the defendant's ability to travel to and from work, school, or medical treatment. This "hardship” relief, if granted, would still require the installation of an ignition interlock in the car.

If you are charged with a DWI felony under Leandra’s Law, or are facing other serious criminal charges, the Westchester County Criminal Defense Lawyers at the Law Office of Mark A. Siesel are here to help you with experienced, knowledgeable and aggressive legal representation to fight the charges against you. We can be reached immediately by using our online form or by calling us at 914-224-3086.